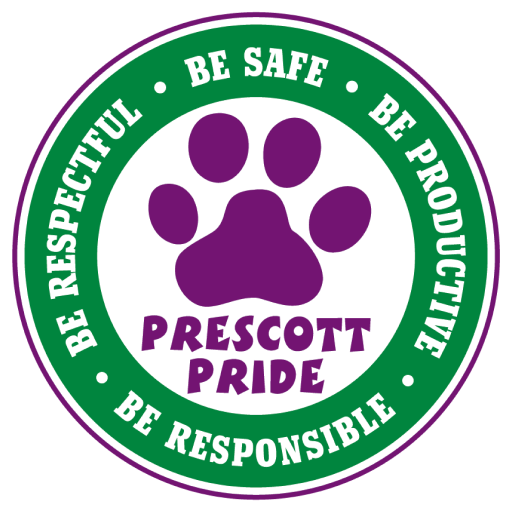 The Parent/StudentVUE portal is a component of the LPS Student Information System that allows parents/guardians to:

Looking back from today, the naming committee were very prescient in selecting a name for a school, now so rich in local history, after an accomplished historian. Mr. William Hickling Prescott (1796-1859) authored many historical accounts, most notably The History of the Conquest of Mexico. Mr. Prescott was the grandson of Colonel William Prescott who led the colonists in the Battle of Bunker Hill. Some have thought the school was named after Mr. William W. Prescott, the first president of Union College; not so.

Over the years thousands of children have walked the wide halls of our school and gathered to learn in the classrooms; and hundreds of teachers and staff have helped the children prepare for their futures. Among these many people have been some very notable persons. In 1957 at the time of her retirement after 40 years teaching at Prescott, Miss Edna Fuchs (“rhymes with spooks”, she used to tell the students) recalled that one of her first students was the son of General Pershing. Lincoln City Councilman Dave Landis has fond memories of when he was a student at Prescott. The most famous Prescott alumnus is Talk Show Host Mr. Dick Cavett.

Opened in 1890 at the location of 20th and Cherry Streets, the first Prescott School had been built by Contractors Chidester and Narras for a cost of $25,990. It was a stately brick building, solid and well appointed. However, after three decades the neighborhood outgrew the building, and the school we now know and remember was begun in 1920 and opened in 1922, at a cost of $450,000. The curved brick retaining walls and wide concrete stairs leading to the main entrance of arched doors give a welcoming look of academic prominence and character. It is a much larger building, and among its features is a courtyard garden area that has been cultivated over the years and used as an outdoor classroom. A new auditorium was added in 1955. The building was completely renovated in 2008; restored to its original condition and fitted with modern systems, and the courtyard garden got a complete makeover thanks to the tireless fundraising work of Mrs. Laura Tegtmeier.

Prescott School has had a long history of providing education for the hearing impaired. The unit began as a school for the deaf in Lincoln in 1907. At that time, the State Legislature founded the Lincoln Day School For the Deaf. In 1921 that school became affiliated with the Lincoln Public Schools. When the unit began, it was strictly an oral language school where sign language was not permitted. In 1972 the school began a total communication process which includes sign language.

From the school index of the year 1902 it can readily be noticed that history, nature, music and art were strong subjects from the beginning, as they still are today. In March an entry says: “Three veterans of Shiloh visited the history class, and related their experiences. The class thought this was better than a book lesson.” And: “Our statues of Lincoln and Washington are now draped with five flags presented by Mrs. Brad Cook and her daughter Helen.” And this nature entry that same spring: “The boys are planning to have a bird meeting in the near future. They are watching the coming of birds and gathering information concerning them”. And from December of 1902 we see this remark: “Alden Bumstead, a former Prescott boy, is doing some very creditable art work. His illustrated ads for a local firm receive many complimentary notices.

And from there, as we cascade down through the generations at Prescott and celebrate the memories of so many music recitals and concerts, art shows, field trips, science fairs, plays, guest speakers, receptions, dances, poetry readings, awards presentations, letter-writing programs, class projects, school projects, fundraisers, fire and tornado drills, teacher and principal retirement events, focus groups, textbooks, studies, quiet time, comings and goings of children, parents, staff. It’s just tremendous, this great fabric of learning here at Prescott School. We’ve picked some things large and small, shuffled out of order, jumping all over the last 100 years or so, to help us conceive the depth and breadth of our history: